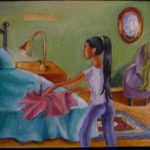 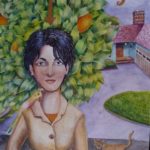 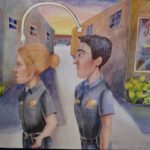 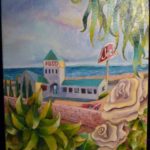 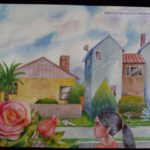 Kathy has been teaching art since 1981 and currently teaches art to children at nine community centers as well as conducting private lessons. Her own work has been widely exhibited in Los Angeles and Orange Counties. She has won several awards including: Juror's Award, Orange County Visual Arts Exhibit, Chapman University, Orange, 1993. Artist Grant, Southern California Artists, 1996.

Kathy's current artistic direction involves a combination of figuration and abstraction to convey the "spirituality" within us all. She works with mixed media watercolors and wants the work to visually move the viewer on an emotional level. She is interested in meditation and Eastern Philosophy as well as Latin American folk art, medieval art and the modern abstractionists.