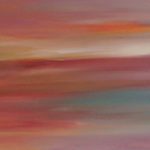 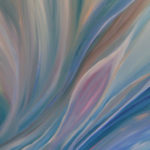 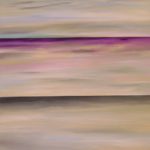 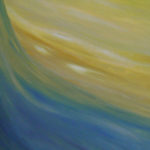 Celene moved to Orange County five years ago from her hometown of San Diego and instantly fell in love with the serene waters that surrounded the beautiful landscapes of Laguna Beach. As a Latina, she particularly enjoyed exploring the diverse Artist Community, which inspired in her a sense of creativity, uniqueness and peacefulness.

At the time, she had no formal training in the arts, so Celene let her imagination lead her brush.

During the beginning of 2008, Celene began to paint until late hours, creating an array of paintings that reflected her imagination. She further developed her methods at the Irvine Fine Arts Center, studying abstract horizons, textures, forms and compositions. This helped her to evolve as an artist, and allowed her to apply her ideas onto canvas. Soon after, she presented her work to the public for the first time at the Santiago Art District in November of 2009 and numerous times from 2010 - 2011. She was a Guest Artist at the Cove Gallery in Laguna Beach in May 2010. She also has been commissioned to create custom paintings for corporate and residential settings in San Diego, Orange and Los Angeles counties. Her artwork can be seen in the 2011 award-winning short film, “Hard to Come By.” Celene was a Guest Artist at the Sanctuary Creative Arts gallery in San Juan Capistrano during the summer months of 2012. In August of 2012, she donated a very special custom piece by the name of “Proud to Be Pink” to the Susan G. Komen foundation for the San Diego branch office. Her artwork was alsoexhibited at the Wells Fargo building in Laguna Beach from September 13th to November 13th 2012, an exhibition formed by the California Art Project. She was also part of the 2012 Winter Fantasy at the Sawdust Festival in Laguna Beach, November to December 2012.

Celene has always had a passion for the Arts, including music, poetry, and above all, how the Arts allow us all to express ourselves in endless ways.