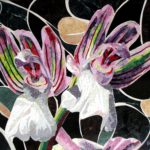 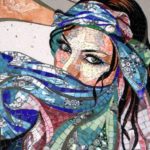 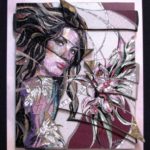 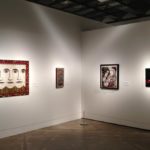 Inspired by the beauty of modern art, Carole Choucair Oueijan, born in 1966 in Beirut, Lebanon, has faithfully reflected her Lebanese-Greek heritage in her art. Her journey into the world of impressionism began with childhood sketches and was further sculpted through academic education and training at YWCA College-Beirut, Lebanon. She studied Interior Design for a period of three years, after which she graduated with high distinction. After her graduation, however, Carole discovered her real passion for painting, so she attended the Institut Nationale des Beaux Arts-The Lebanese University, and completed her Bachelor of Art Degree.

Her oil paintings speak loudly of the rural and suburban symbols of her home land and are a collection of portraits, landscapes, architectural contours, and nautical panoramas. While still in Lebanon, she was invited to exhibit her work in several art exhibitions and galleries in Lebanon, where she received positive reviews and commendation from art critics and admirers alike.

Carole’s portrayal of the Mediterranean life carried her to Greece in 1989, where her family roots extend. There, she grew fond of the almost extinct art of mosaic. While in Greece, Carole learned the traditional skills and techniques of the Byzantine Indirect style of mosaic art by renowned mosaic iconographers in their private studios.

Carole took this exceptional art into a different terrain when she moved to California in 1990. There, Carole was awarded a prize from the National Institute of Watercolor in 1992. Intertwining her artistic creativity and her impressionistic oil painting techniques, she began crafting exceptional mosaic art pieces with three dimensional effects. Using a combination of natural stones and smalti glass brought her mosaic art pieces closer to the modern age and added a layer of innovation and captivating charm to her art pieces.

Her artwork is exhibited across the US, Lebanon, Italy, Greece and Canada. She was also chosen to do a permanent mosaic public art installation in the city of Santa Cruz, CA, at their historical board walk.

Carole was awarded the opportunity to create a mosaic mural for the new Civic Center in Old Town, Temecula, CA, called “The Emigrant Trail”. The mural is about the City’s growth from 1847 to 1858, and was installed in December 2010.

Indeed, each of Carole’s pieces is a one-of-a-kind creation. Each is a unique reflection of her 6 thousand years heritage and of her enormous talent and artistic craftsmanship.