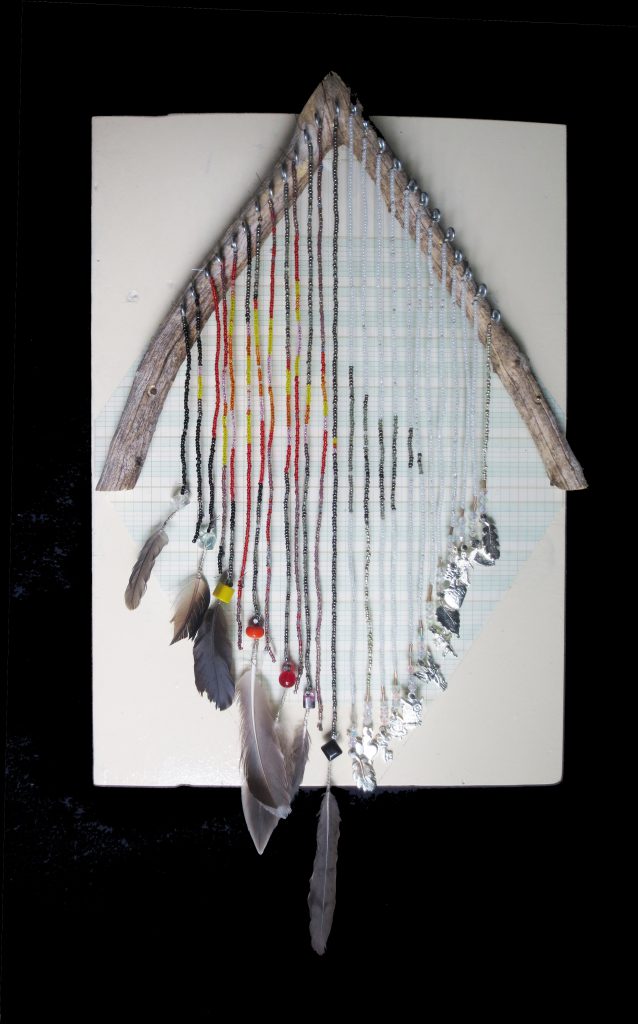 WISHBONE AND THE FIRE 2017 - mixed media. Retells the tale of the terrible fire in Brian Head, Ut, that scorched 76,000 acres near the Dixie National Forest and threatened Janet's cabin. 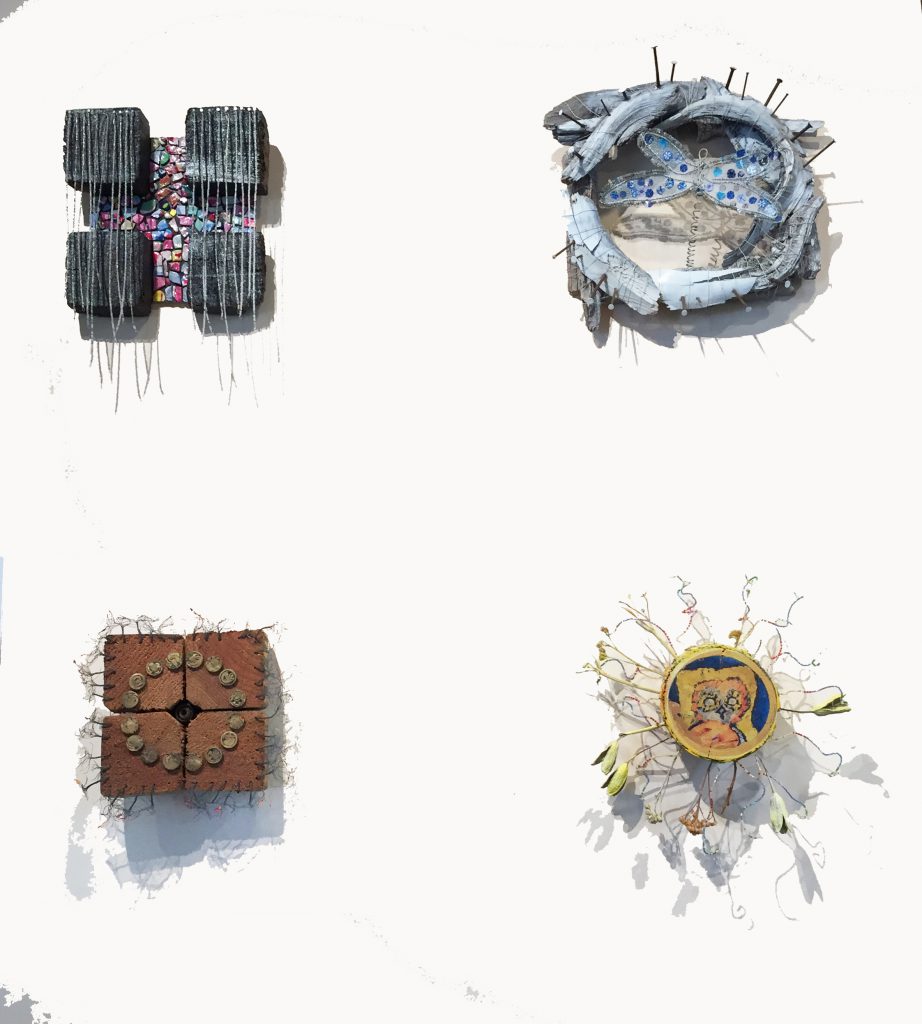 GIFT OF RAIN 2014 - mixed media on wood. Created during the draught in hopes of bringing rain.

FOREST FOR THE TREES 2012 - mixed media on wood. Refers to the mysteries found in a forest. 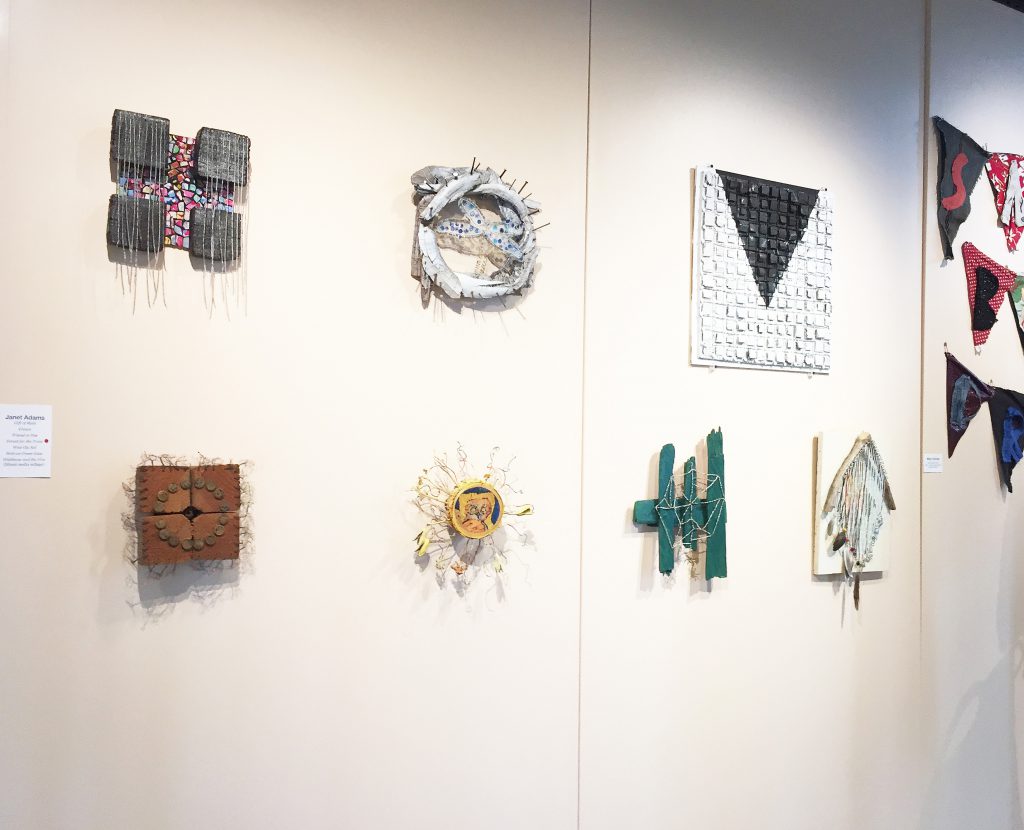 The design of my wall for STRINGS ATTACHED 2017.